I’ve been reading the book Sundown Towns: a Hidden Dimension of American Racism by James Loewen, which explores how between 1890 and 1940, thousands of towns across America (mostly outside the South) enacted various policies which excluded African Americans. I plan to write a longer book report when I finish, but this book has been opening a window on America that is dark and disturbing, and whose legacy we still live with today. Another book on a similar topic is The Color of Law: A Forgotten History of How Our Government Segregated America by Richard Rothstein.

Many of the towns described by Loewen remain relatively free of African Americans even today. Many towns in Orange County, where I live, had policies of exclusion. This, in part, explains why Orange County’s black population remains statistically low today.

Another book that came out the same year as Sundown Towns (2005) was Jonathan Kozol’s The Shame of the Nation: The Restoration of Apartheid Schooling in America, which describes how, after the Civil Rights movement, there was a tremendous backlash against attempts to integrate schools across America (especially outside the South), resulting in increased school segregation today.

These books challenge the idea that America has steadily progressed in terms of race relations. As Sundown Towns shows, race relations actually deteriorated after Reconstruction. As The Shame of the Nation shows, school segregation (in many ways) got worse in the 70s, 80s, and 90s. For example, California voters passed Proposition 1 in 1979 that ended busing as a means of achieving school integration.

In 2008, I took a train trip across America, and one of the most startling things I observed was how many American cities remained segregated by race (unofficially, of course). The facts on the ground belied the colorblind/progress stories I’d been told.

There are certain ideals that we, as Americans, have simply failed to live up to.

Here’s another one. According to Zillow and Redfin, the median home price in Fullerton (my home town) is around $950,000, approaching the Orange County median of $1 million. The American Dream of owning a home is becoming increasingly out of reach for most Americans, especially the younger generation. This housing crisis leads to homelessness and millions of rent-burdened Californians.

Those who own homes have a financial interest in not enacting policies that might make homeownership affordable. Why do anything that might decrease property values? They ride that equity train.

Except that here the word “equity” becomes a Janus word, a contranym–a word that means its own opposite.

“Equity” is the value that homeowners accrue over years of owning a home and carefully defend and protect, to build their wealth for themselves or their family. The pursuit of equity is the pursuit of individual or family wealth.

“Equity” also comes from the Latin “aequitas” meaning justice, equality, and fairness. This is, to me, a contranym of the first kind of equity. The current housing system, with its premium on equity (accrued wealth) is creating an increasingly inequitable society, as homeownership becomes increasingly out of reach for many Americans.

This inequity in housing is compounded by the historic inequities of historic housing exclusion and its close cousin, school segregation. According to the Brookings Institute, the net worth of a typical white family in 2016 ($171,000) was ten times that of a typical black family ($17,000).

Clearly, we have a long way to go to achieve real equity. 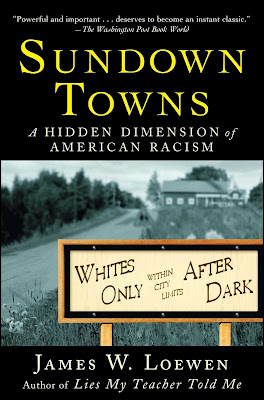